Instead of New Year’s resolutions for writers… 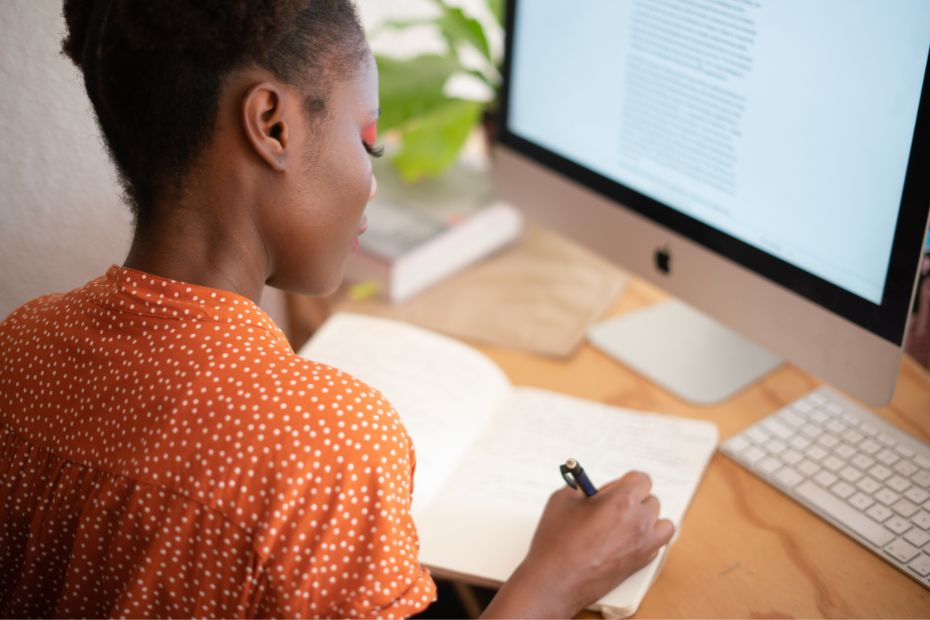 Once again, authors are planning their writing resolutions, but when was the last time New Year’s resolutions for writers even worked?

They don’t work, they don’t build good habits, and many of the articles and blog posts recommending New Year’s resolutions for writers are actually helping to build bad habits.

Here it is: authors (and normal people) make their goals too lofty.

It’s not your fault, it’s how resolutions are pushed on us over the years, and New Year’s resolutions for writers are no different.

Typical resolutions are big. And a big deal.

They’re also kind of all over the place. Some are specific (journal daily), others are pretty vague (get healthy), and some are easier said than done (worry less).

On each end of the spectrum, there’s a big chance of feeling like you failed.

It’s hard to measure whether you’re happier, or whether you ‘got healthy,’ so after a few weeks, you’ll stop and feel like you failed.

What if you don’t like keto? What if it’s not working for you?

It doesn’t matter, because if you stop you will have failed.

At least that’s what the subconscious you will feel.

And I guarantee you’re going to miss a day of journaling.

Sure, it will be for a good reason, but you’ll still consciously or subconsciously feel like you failed.

Giving up on New Year’s resolutions is so common (and studied) that there’s even an International Quitters Day.

International Quitters Day falls on the 2nd Friday of every January.

Studies shows that 80% of people have given up on their resolutions before the second week of the new year is up.

Researchers say those who choose simpler goals are more likely to succeed.

Good habits are built on successes

It seems obvious that good habits are built on success, but what’s less obvious is that every time you ‘fail’ at something it makes it less likely you’ll try again.

And if you do, more likely you’ll fail again.

Because on some level you now expect to fail.

I don’t want to be a jerk, but these are the conversations going on in your subconscious.

You, on the outside, really DO mean it, but down deep, you might have some doubts.

Look, no one wants to fail, but if somewhere inside you think it’s going to happen, why would you even try?

Can you see how starting and succeeding get harder with each attempt?

Build the habit of habits

It looks funny written out, the habit of habits, but this is a serious thing.

Once you know how to build a habit, habit-building gets easier with every one of them.

The best part is this is double duty; You’ll not only learn how to build habits, but build a cool habit at the same time!

#1 — Pick something you know you can do

If you choose something and say “I think I can do this,” it’s probably too hard.

Go easier, because you need to succeed more than you need to build the ideal habit. That part comes later, and it’s often built up of many smaller habits, anyway.

The possibilities are endless, and do you see how simple, easy, and doable they are?

It’s okay to overachieve, but you want to make sure your minimum is so easy that it’s foolproof failproof.

#2 — Do it for an extended but definitive period of time

#3 — Give yourself permission to stop

I use the word ‘permission’ A LOT, and for good reason.

It’s important to give yourself permission to stop something if you don’t like it or if it’s not serving you. This is the key to not failing or feeling like a failure.

If the habit you’re trying to build is getting up at dawn to write, but after a few days, you realize dawn sucks, no problem.

You can stop without feeling like you failed because you already gave yourself permission to stop as part of the process.

Permission to stop is key to not feeling like you failed, even subconsciously.

Never forget you have a subconscious. Technically it’s on your side, but it doesn’t always know best.

If you don’t like what you’ve been doing OR aren’t happy with the results you got, either modify the habit or stop it entirely, then move on to trying a new habit.

If you followed rule #1, then it probably wasn’t too hard, but the parameters could have been wrong.

Was it the wrong time of day or something that you just ended up not liking?

No problem. If you think you can adjust it and try again, go for it.

If it wasn’t for you, now you know.

Either way, count this as a success.

Build on that feeling by picking another foolproof habit to try!

If you’re happy with the results you got and you liked how you got them, either keep going (as is), or modify it slightly and start again at #1.

Don’t fall for the myth that habits take 21 days to form. They take as long as they take (Eur. J. Soc. Psychol).

You could form a habit in 21 days, but that’s against all odds.

Yes, it’s easier to keep going after 21 days. You’ve just shown yourself you can do it, but it probably hasn’t been cemented. It’s still all too easy to let things slide if you’re not careful.

Monthly check-ins are a great way to spot something slipping or needing a change before things get too far off track.

If you want your habit to stick around, long term, you have to ensure that you maintain the practice or patterns you’ve been doing.

Keep up whatever you did while practicing the habit. If you were tracking, logging, or setting up your schedule or workspace to make the habit work, keep doing that until whatever you’re doing is second nature.

The less ‘out of your element’ the new habit is, the longer you might need to keep on it. Consider adding a monthly reminder to your calendar to check in on your habits, goals, and progress.

And keep it up with new ones and soon you’ll not only be a better writer, but have built the habit of building new habits, as well!

What failproof habit will you start to build, first?

PS. If you want to jump-start your writing habits, let me email you my 5-Steps to Writing Habits That Stick, below!